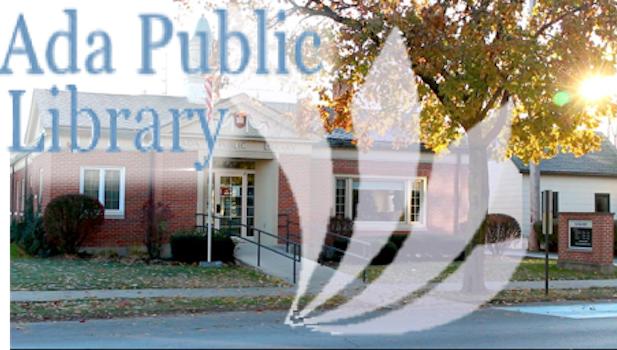 Friends of the Ada Public Library is a volunteer, non-profit organization dedicated to enhancing the Library in our community. Friends help promote the library, develop activities, present special...

Friends of the Ada Public Library is a volunteer, non-profit organization dedicated to enhancing the Library in our community. Friends help promote the library, develop activities, present special programs, and encourage reading and use of the Library. Friends meet only a couple of times a year to discuss and plan upcoming library functions.  Attending meetings is encouraged to share ideas, volunteer for programs and keep up-to-date on library activities.

To join Friends of the Ada Public Library, please call 419-634-5246 or stop by the library for a membership form, or click here for a pdf form to print and mail.

Why Be A Friend?

Constitution for Friends of the Ada Public Library

The mission of the Ada Library is to stimulate scholarship and advance knowledge by providing access to all varieties of materials; to work alongside our neighbors and within our greater community to support our mutual growth and prosperity.

The Ada Public Library had its beginning with a few books placed in the restroom of the old town hall for the country women to read while waiting there.

In the fall of 1916 the Ada Clubs formed their federation.  One of the first official acts was the appointment of a library board, leading to the formation of the Ada Public Library at the restroom on June 1, 1917.

Mrs. Cora Anspach was the first librarian, serving without pay until September 1919.

The library has moved several times. In 1917 it was on the second floor of the Brewer block.  In March of 1919 it moved to Highland Avenue.

The town was canvassed by board members to obtain books and money.  Local talent concerts, club donations and finally subscriptions by individuals were used to finance the young library.

In January 1936, the local school board offered to take over the responsibility for the library.  At the annual meeting of the Federation of Women’s Clubs, the property was legally turned over to the school board on June 18, 1936.

In 1943 the Friends of the Ada Public Library Association was formed.

On March 30, 1953, the new $74,000 structure on North Main Street was opened; the current location was furnished by gifts from the community. Then in 1965 Mrs. AvanellStambaugh generously provided funds to build an addition.

In 1991 a total renovation project was unveiled to the Ada community, and this building now serves as the current facility.